The castle was built in the early 17th century. We do not know the exact dates of its construction, nor the name of the original proprietor, although it was likely István Radák, or possibly Lőrincz Pekri, one of the leaders of the war of independence against the Habsburg Empire.

The most beautiful part of the story is linked to Kata-Szidónia Petrőczi, the wife of Pekri, who often lived alone in the castle while her husband was busy with politics and war. In her loneliness, she translated puritan literature and later started to write poetry about God, her prayers and the surrounding lands. She is considered by many to be the first Hungarian poetess. She often prayed that the castle would become a blessing and an instrument of God in His work.

Later the castle became the property of the Teleki family. The last owner to live in the castle was the Countess Ilona Teleki who had to flee the country in 1944 when the Romanian and Soviet army marched in. The front lines of the war were only a kilometer away from the village of Ozd at times. The castle became the property of the state and was used by the village as long as was possible without maintenance. In the mid-sixties it was abandoned and each year its condition deteriorated. Finally, in 1997 BPF leased the property from the Romanian state for 99 years. Between 1998 and 2001 we succeeded in halting the process of deterioration by replacing the roof.

The current heir to the property Baroness Maria Konradsheim is the daughter of Ilona Teleki, who currently lives in France. As the post-revolution Romanian laws developed it became possible for the former noble families to reclaim their property that the State had seized so many years before. Baroness Konredscheim submitted the claim and she received the title to the castle and surrounding estate. She then donated the property to Bonus Pastor Foundation. 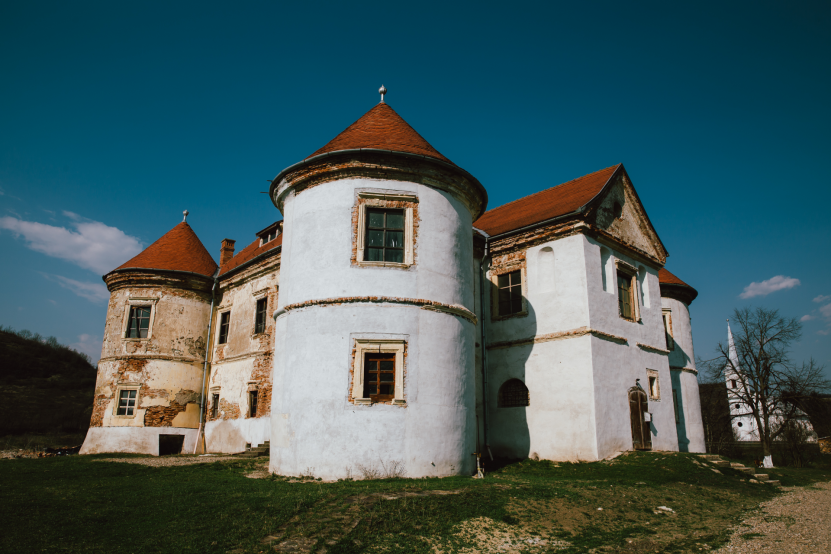 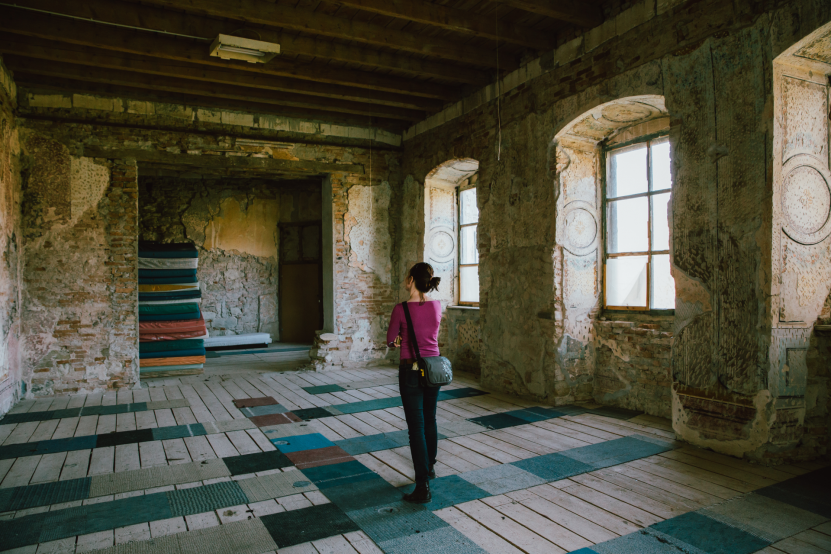 In 1997, when the Bonus Pastor Foundation began to use the estate, the castle was badly deteriorated. Some parts of the roof were missing, there were no windows at all, huge surfaces of wall had no plaster, walls had cracks and were saturated with water.

The first major construction work was the replacement of the roof between 1998 and 2001 to stop rain from entering. This was the most important step for stopping further deterioration of the building. The benefits of the new roof soon became evident: in the following years, walls began to dry. Later, temporary windows were installed in the whole second floor to protect the interior from the weather.

Smaller scale works have also been done: The two largest rooms on the second floor were given a new base-floor and the building was cleaned up from the huge amount of debris, bathrooms have been installed as well as a working sewage system along with many other improvements.

Archaeological research was performed in two phases: in 1998-99 and 2003. Wall paintings worth preserving or reconstructing were found in some of the rooms, mainly on the second floor. These were sometimes under multiple layers of plaster and paint.

Excavation was done in a section of the cellar filled with debris. Archaeologists found stucco pieces, carved stones and interesting old stove tiles made by Habans. (The Habans were an Anabaptist community expelled from Switzerland to Austria and later to Bohemia. They moved to Slovakia/northern Hungary in the 16th century. Haban families lived together in isolation and were self-sufficient in their community.They were skillful craftsmen, excelling especially in pottery.)

We invite you to visit Ozd and the castle estate, although it is still under the slow process of renovation. We also allow photo sessions around the castle. Please contact our office to inform us if you would like to make a visit to Ozd. Meals are often available in the Therapy Center as long as arrangements are made ahead of time, for a small fee.